Design a site like this with WordPress.com
Get started

Uncertain of progression,
Waiting for a sign.
Impressionable susceptibility,
Playbook getting written.

Blanks beg to be filled,
Information awaiting.
Answered questions to share,
Or buried deep as a secret.

Kiss and don’t tell,
Be gentle in the night.
Set the tone for forever,
In a moment’s burning light.

On October 6, 2018, I wrote a thank-you email to Christine Blasey Ford for her congressional testimony. I shared intimate, vulnerable details of my life because I thought she could understand as another survivor. I share it with you all in the hopes that you can have greater empathy for us as survivors and victims.

As a concerned American and fellow survivor of sexual violence, I followed Brett Kavanaugh’s confirmation process through the news with a good deal of interest. I thought your testimony before the Senate Judiciary Committee was brave and inspiring. From the bottom of my heart, I wanted to thank you. Even though he was ultimately confirmed, your efforts meant the world to me and to survivors across the country.

His confirmation to the Supreme Court is particularly painful for me, given that I attended law school in pursuit of my belief in government institutions to create and maintain justice. Perhaps I was too naive. Perhaps not. But I know that the Senate did not give you justice with their vote today. The FBI did not do you justice with its limited and cursory investigation. And the White House did not seek justice for you with its partisan trickery and manipulations.

Disappointment is not new for me. Yet I continue to weep when such news reaches me. My father sexually abused me throughout my childhood, starting from when I was just two or three years old. When I attempted suicide during my second year of law school and sought help from Harvard (we were entitled to 10 free mental health sessions per year as students), I was told that since I was off-campus for an externship program (for which I was receiving school credit), they would not provide any resources to me.

On my own, I exerted great efforts to transform my life and to treat myself with care and kindness, including changing my inner dialogue with myself (no tolerance for diminishing self-talk, reasoning through my beliefs, delving deeper into philosophy to structure a more positive worldview) and developing healthy habits (curbing alcohol consumption, limiting processed food intake, incorporating exercise, using stretching/mindfulness/essential oils to reduce stress, embracing arts/crafts, picking up the violin again). During this time, my dissociation was extremely difficult to manage, and I endured periods of numbness when I felt incapable of connecting to any emotion. For the first time in my life, I felt genuinely concerned that I could lose touch entirely with reality, and had nightmares reflecting that anxiety. During my third year of law school, I went into the health center to be assessed for ADHD. I got a neuropsych test that confirmed my suspicion of inattentive-type ADHD, but not before the prescriber, Dr. David Abramson, attempted to block me from getting help.

During my last semester, I started dating Dr. Jon Einarsson (ob/gyn surgeon at Brigham & Women’s Hospital in Boston, professor at Harvard Medical School). He came to visit me December 2-3, 2017, when he transmitted chlamydia and garderella vaginalis to me. After examining our text communications and writing down all of our experiences together, I determined that he is a psychopath, and that the STI transmissions were premeditated, deliberate, and malicious.

In the aftermath of that sexual battery, I have been diagnosed with PTSD and fibromyalgia. I had to take a leave from work– a pastime that was a source of great fulfillment in my life. All of this to say that I know what it feels like to be abandoned; to appeal to power only to have your cries for help fall on deaf ears. I just want you to know that you are not alone, that you’ve never been alone. I and countless others stand with you.

Wishing you strength and love,

She always dreaded bedtime. They were emboldened by the cover of darkness. They always knew when she was most alone and vulnerable. They knew to strike during the times when no help was available.

She would delay the inevitable in the ways she could, but nothing ever worked. She hated brushing her teeth. She refused to change into pajamas. She wore her daytime outfit to bed, armored in her defiant act of rebellion. But that never deterred the monsters.

She slept, open and exposed, on the altar for her impending sacrifice. Try as she might to fight the night, the exhaustion nonetheless soaked into her bones. She urged herself to remain wary and vigilant, but no one ever came to relieve her from her night-watching duties.

Life became a dream. The nightmares crept into reality. She listened to the blackness breathe, and felt its rhythm pulsing in her chest.

She squinted into the shadows, too fearful to call out. Scared of what might answer. But she knew they were watching. They were waiting for her to drop her guard.

They’d take her for the night, and she’d wake up the next morning, chilled by the wetness of the sheets. She could feel bruises that the mirror couldn’t see. She bled without being cut. There was something inside her that she couldn’t purge.

No one noticed until her belly began to swell. Clutching her abdominal bulge, silent tears betrayed her pain.

Doctors were nonplussed. Their tests and experiments revealed nothing. Their recommendation? More bed rest.

Her skin erupted in rashes. The poison was bubbling out. Her organs grew sick. Eventually, they ruptured.

She woke up in an unfamiliar bed. The uniformed woman bustling around her was not her mother. Machinery chirped and beeped, a foreign tongue to translate comfort.

Cool skin touched her forehead, hellfire beneath its surface. Screams trapped but inescapable. But under the kindly gaze of this strange nurse, she allowed herself to sleep.

But the monsters were in the hospital. They came during visiting hours, wearing human skin. She watched in horror, seeing them dressed in their disguises. Behind their gifts of flowers and balloons, their blackened teeth grinned with menace. Their eyes were most telling; cold plastic buttons plugged into the socket.

Her mattress was stuffed with their nourishment. They fed on her terror. Her vitality was being sapped, but no one could discern the cause.

Wasted and skeletal, her world became small. Confined to her bed, trapped in their den. Her restraints were her body. She couldn’t make it obey.

She shrank and became listless, and the monsters grew stronger. Her eyes retreated into her skull. Turned up towards the heavens, rejecting visions of reality.

They attached strings to her limbs and thrust stilts into her flesh. Propped up like a puppet, they stuffed her skin bag with pillows. Sometimes her soul leaked out, so they sewed up all her holes. They draped her in blankets to hide her corpse.

They tore out her vocal cords to string their instruments. Her long fingernails scratched the grime off their backs. Percussive teeth were extracted and shaken: a macabre orchestral arrangement, symphonic and haunting.

Flossing with her hair and sponging off with her body, she became a washrag stained with their sins. They painted her face with her blood and vomit. Her rotting stench was masked by floral potions. They pressed beads into her eyes, polished and reflecting the viewer.

See yourself in the eyes of a decaying girl. Preen yourself and comb your hair. Wipe your dirt on her cheek. Harvest her parts. Present her on a platform. Swallowed up by her bed, her humanity becomes inscrutable.

Her bones are the frame, clothed in a skirt. Her head’s just a board, flat and uncomplicated. Rest on her form, lay yourself to sleep. Embraced in her arms, enveloped in her sorrow. Comfort yourself in her misery.

Take turns with the monsters, allow yourself some fun. Take her for a ride. But when you cooperate in her destruction, make no mistake: the rapes in her bed will follow you too.

Perpetually unwanted,
Tried to give it away.
It’s constantly eating,
Work to keep alive.

Make it labor,
Leech with no worth.
Cost of raising a child,
Earn back with interest.

Fuck it for pleasure,
Exploit it for value.
Use and abuse it,
Burden of your creation.

What is my body,
But a colonial land?
Rape and rob,
Take and exploit.

Your seeds won’t grow,
In my soil.
I’ll never bloom,
How you want me to.

Steal what’s not yours,
Pay no reparations.
Fill your gilded chambers,
With my intimate treasures.

Tear my flesh,
Break my bones.
Build me into a castle.
I’m just raw materials for construction.

Doctor to doctor
Nothing is wrong
But her vitality is fading

My captors
My saviors
My killers
My drivers 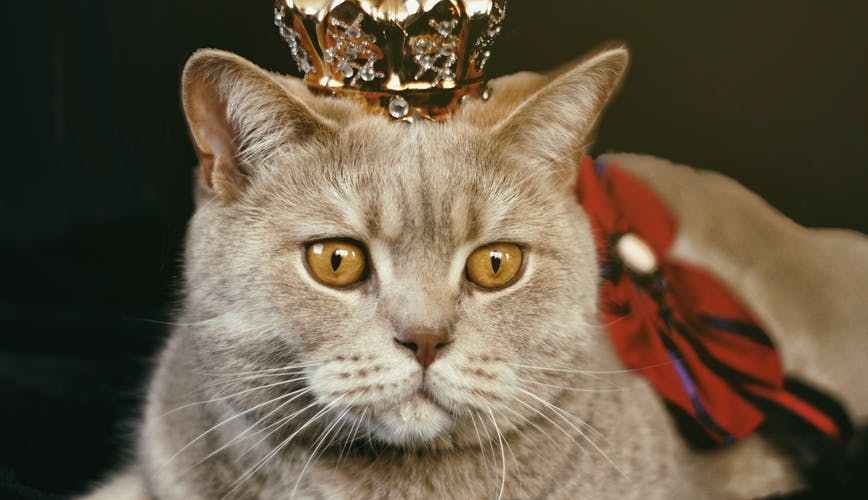 Blankly stare,
No meows escape,
Inoffensive in her beauty.

Doll her up,
Dress her down,
Feline chameleon changing.

Girl or cat?
She’ll never tell,
But greet her if you must.

Acknowledge her name,
Voice what she cannot,
I see you, hello there, Kitty.

As long as you had respite for the night,
You were willing to destroy
The rest of my life.

Married too young,
Knocked up within the year.

Sell them out.
What’s the harm?

You can’t go back to the womb,
But you can create a Garden of Eden
Wherever you go.

These limbs don’t fit.
Doll parts inside me.
Small and rigid,
Choking hazards.

Plastic not flesh,
Hollow and bloodless.
Cold and unfeeling,
Attached to the rest of me.

Dead little girls who exist inside me.

The girls are dust now.

From the ashes, I’ll haunt you.